Brookyln Emary is a vibrant 12 year old girl from Mission British Columbia Canada. She is the eldest of 4 children, she’s the only girl, she’s very close with her younger brothers and parents, she came into this world on May 31st 2006. Brooklyn is a very kind, intelligent, and humble girl. She loves travelling all over the world, camping, boating, taking her quad out for a ride and spending time with her family and animals. She loves to design clothing, homes and is very talented in that aspect, and throughly enjoys dressing the parts for the singers she’s channeling when she is performing. Brooklyn is in grade 7 and has captured the hearts of the staff and students at her school with her gentle approach, and need to help others. Brookyln has been casted in over 20 singing and musical performances in her time being in school. She has also performed at weddings, restaurants, and large gatherings. She comes off very shy, but when you hand her a mic and show her to the stage she completely lights up. Brooklyn just competed in the Missions got talent production, where children from 5-18 tryout to claim the title of one of Mission’s most talented kids and she landed Second Place in the Junior Division. Brooklyn’s  parents say that she was born singing. Since she was a little girl she was belting out music from morning to night, it always seemed to calm her soul. Her first song she sang was, Disturbia- Rihanna when she was just 20 months old. She’s always admired artists from all genres  like, Whitney Huston, Mariah Carey, Rihanna, Adele, Taylor Swift, AC/DC, Kiss, Def Leopard, the Beetles her idol is Arianna Grande. She’s been brought up on all styles of music. Brooklyn started taking Vocal lessons in her home town of Mission BC at 11 years old, and after 2 short months she was singing live on a stage in front of a large crowd. That was her first time grabbing the microphone and taking over the stage. She was in a glee club and the audience was captivated by her energy and voice. Her parents then heard about Songster Studios in Vancouver BC and thought it would be quite the experience to meet the Billboard Producer Andrew Van Slee and do a cover song with him in the studio. That was the day that shifted it all for Brookyln she sang the hit song, Someone like you from Adele, and wowed the engineer as well as the producer. Brookyln feels like family with the Songster staff and really feels they will help create the best path for her to take on this dream journey of becoming a singer who is known worldwide. She has written and produced her first single at just 12 years old called, Bullies Never Win, which is available on iTunes, Spotify, YouTube, and has her very first music video to go with it. We are so proud of Brooklyn and all she’s accomplished in her short time of working with Songster studios. She’s set to go on tour this fall with a team of talented kids! Keep your eyes peeled! 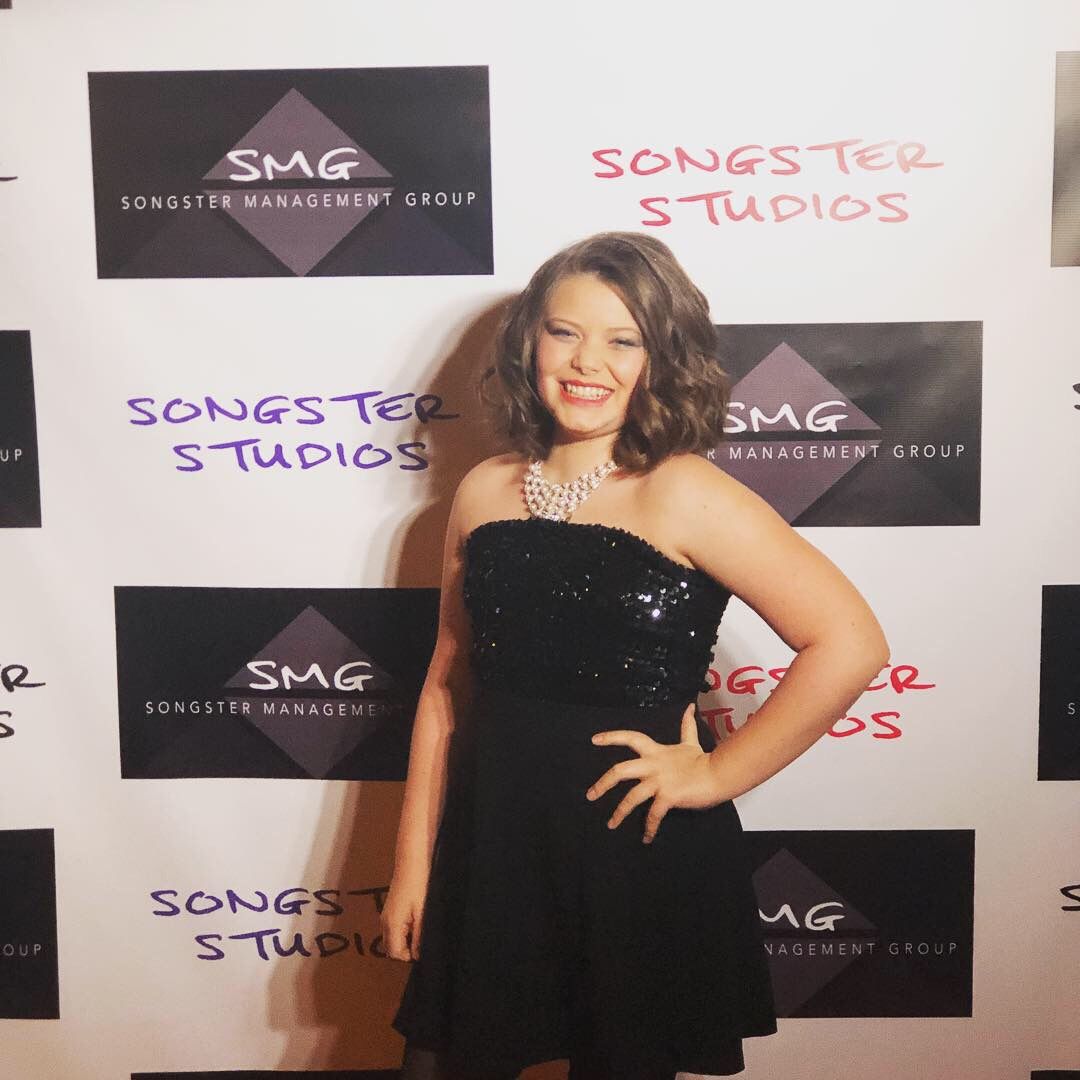